Why you Should Use Chlorine Dioxide? Let’s Look At the Benefits 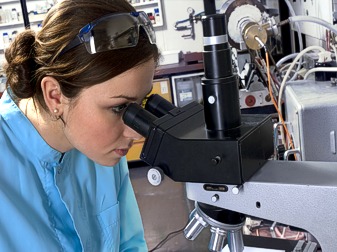 Chlorine dioxide was discovered in 1814. Chlorine dioxide is a green-yellowish gas and is a highly effective disinfectant for water. Pure and clean water is essential in cooling towers, factory stations, for food processing, for livestock, and irrigation lines. For a good life-span of any equipment and clean operating processes, clean water without any kind of bacteria is necessary. Let’s look at why you should use chlorine dioxide as a disinfectant.

The Benefit of Using Chlorine Dioxide.

Bacteria can sometimes form slime in water lines and in irrigation lines which is very difficult to remove. As a disinfectant, chlorine dioxide sanitizes the water as well as RACs faster than bromine without any harming any potential of food and water.

Safe for the Environment

Not Sensitive Towards Ph Levels

Chlorine dioxide has a much more extensive pH spectrum/range than chlorine, which makes it more adaptable and usable in a variety of application situations. Unlike chlorine, chlorine dioxide is a gas dissolved in solution. Due to its non-sensitiveness towards a high Ph level, this makes it an effective disinfectant, especially in drip irrigation lines as well as for getting grade A milk standard for a dairy owner.

The taste of water is essential in the industry of livestock. If the taste of water is altered, livestock will tend to drink less. Chlorine dioxide fulfills a goal of disinfecting bacteria while being tasteless and odorless at use levels while not contributing to the formation of toxic byproducts.

Works As a Fighter Against Biofilms

Although there are various disinfectants like chlorine and bromine, chlorine dioxide is a great option due to the advantages GO2 provides for. Before selecting the right chlorine dioxide for your operational needs, always check the pureness of the chlorine dioxide. Please feel free to reach out to us at GO2 to find out more on how we produce a pure chlorine dioxide with many added value benefits for your application.