How to Remove Slime in the Water Lines and in Irrigation Line Cleaning? 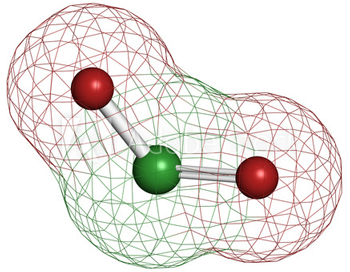 Bacterial slime is a problem in every water line system due to favorable bacterial growth conditions and it can be a tedious job to remove and prevent it. The slime present in the water lines makes the process of disinfection very difficult. This slime protects itself from the disinfecting agents and makes a layer around the surfaces in the line. These slime deposits install iron bacteria which block the water line system. Proper sanitation, as well as removal of this bacterial slime, is essential for efficient work in the water line and safe irrigation water.

Removal of Slime in Water Lines Through Chlorine Dioxide

Irrigation is an essential system for farmers to give crops a proper amount of water. Additionally, irrigation systems like drip irrigation are one of the necessary factors of modern farming because they help farmers in water efficiency for their crops. However, one needs to check the drip irrigation regularly to ensure proper system function. Iron and magnesium bacteria can block the drip irrigation line and it becomes a worse problem if slime/biofilm contaminates the water system.

Chlorine dioxide is the best potent disinfectant for slime eradication and prevention due to the product’s unique property of being a gas vapor solubilized in water. This allows GO2 to penetrate and oxidize the slime. Additionally, GO2 is effective in a wide Ph range, which alternatives such as chlorine is unable to do so.

Chlorine dioxide is a faster and more potent source of disinfectant capability without any worry of high Ph levels. This disinfectant is more soluble than others as it has a dissolving capacity 10 times faster than chlorine. Using chlorine dioxide is good for any sized company in need of slime control due to product efficacy at low ppm levels, low infrastructure needs and competitive product pricing. Please reach out with slime control needs and we will be happy to help.

Tags: How to Remove Slime in the Water Lines and in Irrigation Line Cleaning?, Removal of slime in water lines, Slime in irrigation line cleaning