Why Chlorine Dioxide is so Effective in Water Treatment? 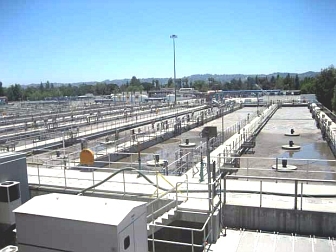 Chlorine dioxide (CIO2) has emerged as an important chemical compound since the latter half of the 20th century. Its unique molecular structure and bonding properties have made it possible to form several effective compounds, both in its liquid and gaseous forms, which have many beneficial uses in today’s chemical processes in manufacturing and healthcare industries among others.

It is also an improved substitute for chlorine gas and has started to replace it in many chemical applications. To better understand its benefits, let us first know about chlorine dioxide below in detail.

What is Chlorine Dioxide?

The credit of discovering Chlorine dioxide gas goes to Sir Humphrey Davy, who first produced it in 1814 by applying sulphuric acid on potassium chlorate, then adding hypochlorous acid to the mix. This process is still used to produce large amounts of the gaseous compound, only sodium chlorate is used in place of potassium chlorate for improved results.

Chlorine dioxide is a mildly odorous, synthetic gas of green-yellowish color in its natural state and is 2.4 times denser than air. It is also unstable in normal conditions and needs to be stored carefully. It turns into a reddish-colored liquid at -59 degrees and has a higher density than water, which reverts into its gaseous form at 11 degrees. Chlorine dioxide breaks apart violently due to its unstable nature into chlorine, oxygen, and heat, while sunlight also causes its photo-oxidization.

One of the most important attributes of chlorine dioxide is its high degree of water solubility. Also, it does not hydrolyze (break down) when dissolved in water, it stays as a gas in solution. Thus, it is easy to remove it through aeration or using carbon dioxide. These properties combined with other advantages discussed below have made it one of the most important chemicals used in cooling tower water treatment and any other water purification processes in modern times.

Chlorine was the gas of choice earlier for water purification treatments, due to its water-solubility and germicidal properties. Chlorine dioxide is ten times more soluble in cold water than chlorine making it more effective in any chlorine-related applications.

Chlorine dioxide reacts with the organic substances in bacterial and microbial cells, interrupting many of its internal processes. It also combines with amino acids to hamper protein synthesis in the organism. Viruses are killed by chlorine dioxide combining with peptone, a water-soluble product of hydrolysis of proteins into amino acids, thus preventing protein synthesis in the cells. It is much more effective as a biocide than other gases like ozone or chlorine.

It also removes biofilms, which forms on surfaces in contact with water, effectively oxidizing the polysaccharide matrix that holds the bio film’s bonds. The resulting chlorite by-product remains in the water and prevents further formation of bio-films by re-producing chlorine dioxide when needed. Thus, chlorine dioxide is found to be an effective solution for long-term cooling tower biocide water treatment among its other beneficial water treatment uses.

Chlorine dioxide does not give off any odor when dissolved in water in recommended quantities. Also, it removes other odorous substances such as phenols with can cause odor and taste problems in purified water.

Metallic impurities like iron compounds, manganese and bromides are effectively neutralized with chlorine dioxide treatment. These metals are often found in complex compound forms in unpurified water – chlorine dioxide removes them effectively while not reacting with nitrogen, ammonia, amines and other oxidizable organic substances.

Other Uses of Chlorine Dioxide

Apart from extensive uses in water purification treatments, chlorine dioxide is also an important ingredient in many other chemical processes of various industries.

Chlorine dioxide is an efficient bleaching agent – so it is used to turn wood pulp into paper. It whitens the pulp and lightens its color making it more suitable for printable paper. Today, almost 95% of kraft paper pulp is produced using chlorine dioxide in elemental chlorine-free (ECF) bleaching processes.

👉 Disinfectant in the Food and Beverage Industry

Chlorine Dioxide is used in its water-soluble form as a cleansing agent for vegetables and large-scale poultry-processing units.

Due to its broad-spectrum anti-parasitic, anti-bacterial, microbial and viral properties, chlorine is used as a sterilizing agent to disinfect medical equipment, hospital floors, and surfaces.
To conclude, chlorine dioxide is most effective in its water-soluble form and has found multiple uses in all kinds of industrial processes as an effective cleansing and disinfecting agent.

Chlorine dioxide was discovered by Sir Humphrey in 1814. It is still produced by using similar methods. It is an unstable synthetic, green yellowish gaseous compound, turns into a reddish liquid at -59 degrees and reverts into the gas at 11 degrees. It is highly soluble in water, yet does not hydrolyze. There are many advantages of using chlorine dioxide over other gaseous purifying agents due to its stable nature in dissolved form. It is therefore used extensively in many water treatment and purification processes.

It is ten times more water-soluble than chlorine, is an effective biocide, can destroy a wide variety of parasites, bacteria, and even viruses. It can also efficiently remove bio-films from cold water-carrying or containing mediums and is an effective purifier of metallic compounds during water purification. There are other applications of chlorine dioxide apart from water treatment like bleaching paper pulp, disinfecting agent for hospital equipment and premises and anti-microbial cleansing agent in various food and vegetable processing industries.

Chlorine dioxide is a faster and more potent source of disinfectant capability without any worry of high Ph levels. This disinfectant is more soluble than others as it has a dissolving capacity 10 times faster than chlorine. Using chlorine dioxide is good for any sized company in need of slime control due to product efficacy at low ppm levels, low infrastructure needs, and competitive product pricing. Please reach out with slime control needs and we will be happy to help